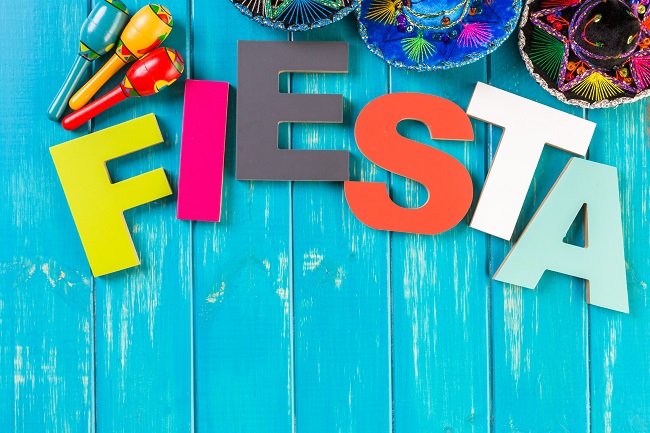 5 Ways to Celebrate Cinco de Mayo with Your International Student

Cue the mariachi band music and bring out the salsa for Cinco de Mayo! Not to be confused with Mexico’s Independence Day (September 16th), Cinco de Mayo is a cultural holiday mainly celebrated in the U.S. Food, fun, and fiestas!

It is likely that your international student will be unfamiliar with this holiday, especially if this is their first year studying abroad. We’ve rounded up a few fun ways to celebrate Cinco de Mayo, and give suggestions on how to learn more about Mexican culture together with your family.

You may also dress up for the occasion, but make sure to remain culturally respectful and avoid stereotypes (i.e giant sombreros and mustaches).

Play some mariachi music. Let the Mexican culture resonate throughout the house as you celebrate with your international student!

Research the Battle of Puebla:

Cinco de Mayo derives from the Battle of Puebla, which took place on May 5th, 1862. It celebrates Mexico’s victory over France, who was considered the greatest army in the world at the time. Heavily outnumbered and low on resources, Mexico won the battle and emerged as the underdog.

Use this opportunity to learn more about the history of Cinco de Mayo with your international student. You may also utilize this time to hear about what they have been learning in history class, or research similar significant historical battles from other cultures.

Make and Break a Piñata:

Perhaps one of the most fun traditions in Mexican culture is the piñata. Stuffed with candy and shaped in a fun manner, have your international student partake in the culture by bashing the hanging cardboard to pieces!

Introduce your international student to Mexico’s culinary culture! Saving the best for last, cook some Mexican recipes or go to a restaurant that serves authentic Mexican cuisine. Mix up some guacamole. Cook up some Mexican flan. Serve some tortilla chips with fresh salsa or salsa verde. Grill some chicken fajitas, enchiladas, chalupas, and black bean burritos!