The Appeal of American Holidays in China
Become a Host 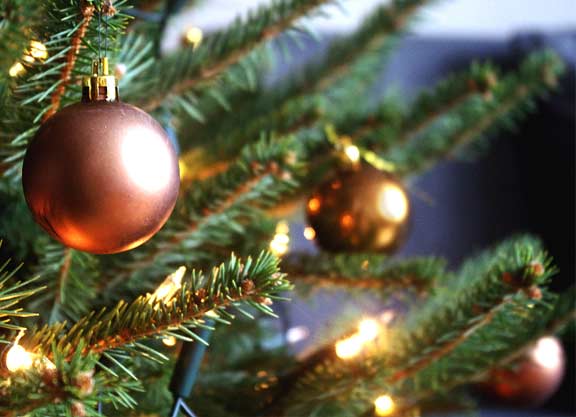 The Appeal of American Holidays in China

Last month, parts of China garnered attention from Western countries for taking action against Christmas. The small city of Wenzhou forbade middle schools, private schools and kindergartens from organizing any Christmas-related activities or celebrations. Similarly, a the Modern College of Northwest University in Shaanxi province had students watch Chinese cultural films on Christmas Eve instead of participating in Christmas celebrations.

Despite being an officially atheist country and with only an estimated 5% Christian population, China during Christmas-time looks as festive as any American town, if not more. Even third tier Chinese cities lavishly decorate their bustling commercial areas with giant inflatable Santas, flashing lights and fake snow. The days leading up to Christmas are some of the busiest times for retailers, and it is becoming increasingly common for Chinese people to celebrate Christmas with parties and karaoke.

The reports beg the question: Why is Christmas so popular among the general population in China? Here are 3 factors contributing to the popularity of Christmas in China:

An Outlet for Fun:

Let’s observe Christmas in the context of China’s biggest and most important holiday – Chinese New Year. Culturally and historically, Chinese New Year is a solemn holiday where the whole nation pauses to celebrate family and culture. During Chinese New Year, one is expected to follow strict guidelines regarding diet, clothing and money-giving, in preparation for the upcoming year. To younger Chinese generations, the joyful celebration of Christmas is a direct contrast to the solemnity of Chinese New Year. Whereas Christmas is an opportunity for them to go out and celebrate with friends, Chinese New Years must be dutifully celebrated at home with parents and relatives.

The association of Christmas with fun and excitement is echoed in celebrations of Valentine’s Day and Thanksgiving by younger Chinese generations. Having been exposed to other major American holidays from movies and TV shows, Chinese youth enjoy celebrating the holidays the way American kids do. Similar to how American school children celebrate Cinco de Mayo and St. Patrick’s Day in an educational context, Chinese children often learn and take part in American holidays through school. While the complexities of the holiday might be oversimplified for the sake of clarity, American holidays are opportunities for Chinese kids to engage with a new culture.

A Win for Consumers and Businesses:

A favorite national pastime of the Chinese is shopping (“逛街” or “guang jie” in mandarin). The term is similar to the American phrase “window-shopping” and is what almost every family will do for hours each day during the holidays. Christmas and Valentine’s Day have (unsurprisingly) fit well within the Chinese practice of shopping during the holidays. Younger Chinese generations greatly enjoy buying gifts during Christmas and Valentine’s Day since both holidays are seen as light-hearted excuses for gift-giving . Traditionally, gift-giving in Chinese culture is a private, complex social practice with expectations from both parties. American holidays provide younger generations with a respite from custom, allowing them to simply have fun exchanging gifts.

Additionally, because of the one-child policy and the pressure on kids to succeed in schools, parents are prone to give their children spending money for their interests .
As addressed above, the opportunities to shop and engage in an American tradition makes US Holidays, particularly Christmas, an increasingly appealing holiday for the younger Chinese generations. For Chinese government officials, the prevalence of Christmas celebrations and activities might be seen as threatening to Chinese traditions. However, as the generation of “little emperors” begin to shoulder more responsibility for the country, there’s a good chance that Christmas is here to stay.