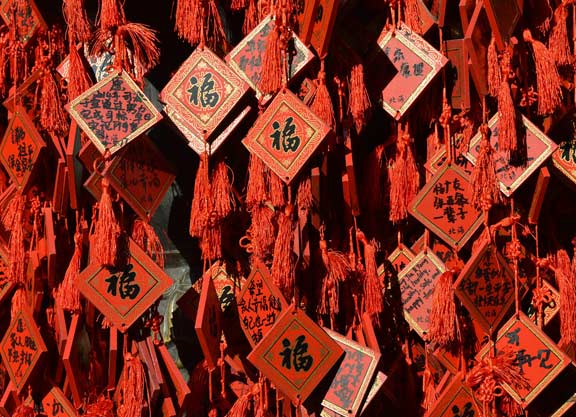 One of the frequently asked questions that our field staff get when speaking with families interested in becoming host families is, “will my student speak English?” Our answer is, “of course!” Many of our students take English language proficiency exams, and must pass with a minimum score in order to gain admittance to that school. However, it’s important to remember that many of the students in our network come to study in the United States in order to improve their English and earn an American degree. Our host families serve as patient mentors for  students, particularly upon the student’s immediate arrival, to help the student feel at home.

One method of helping your student gain confidence in speaking in a second language is to show empathy and make them feel comfortable. What better way to show you understand how difficult it is to learn a new language, by exercising a new language in front of your student?

In this short guide, we’ll give you an overview of two methods of romanizing Chinese, an introduction to the five pronunciation tones, and four phrases for you to practice saying with your international student.

Wade-Giles and Pinyin Romanizations of Chinese

Do you find Chinese characters confusing? So does the rest of the Latin language speaking world! The first person to attempt to use the Roman alphabet to phonetically write Chinese was Matteo Ricci, a Jesuit missionary, in 1605. Quite frankly, he did a terrible job. Since then, there have been a few attempts to romanize the Chinese language, but the two main romanizations of Chinese are Wade-Giles and Pinyin.

Wade-Giles was the first full romanization of the Chinese language, and is mainly seen today on Chinese food menus. I find Wade-Giles confusing and incorrect in pronouncing Chinese properly. “Szechuan” is a Wade-Giles romanization of 四川,  a remote region in western China known for spicy food. The pinyin of which would be “Sìchuān” which leads to a more accurate pronunciation (Szechuan often is pronounced “zeh-shuan” where it should be pronounced more like “sih-chuan”). “Peiking” is another example of Wade-Giles, the pinyin version of which is Beijing, the capital of China. Though Wade-Giles is no longer widely used, there are still examples that linger today.

Pinyin is the most commonly used romanization of the Chinese language. Established by the Chinese government in 1958, it has greatly aided in the literacy of Mandarin for both Chinese and Westerners. Using a system of four tones (there is a 5th I will mention later), Pinyin portrays the intricacies of the Chinese spoken language quite well. In Chinese, most character pronunciation is synonymous with other characters. For example the character 马 meaning horse is written in pinyin as Mǎ (third tone). However if you pronounce Ma with the first tone (Mā) you will be pronouncing the character 妈 for Mother. I wouldn’t suggest mixing the two up!

In Pinyin, the tones appear as marks ( ˉ, ˊ, ˇ, ˋ) above vowels. They also appear sometimes at the the end of numbers (1,2,3,4). These tone marks determine the inflection and tone that is meant to be pronounced when speaking Chinese. Often on menus and on commercial signs there are no tone marks as they are difficult to print and for most of the world are confusing. Lets look at the four different tone marks.

The Five Tones in Chinese

The second tone looks like an upward tic ”  ⁄  .” Pronouncing the second tone is like going up a scale when singing. Described as a “rising” tone it sounds a lot like a crescendo getting louder. To get an idea of this, try pronouncing “Hello?” with the question mark.  Notice how the first syllable starts off low and rises into the second syllable? This is similar to how the second tone is pronounced. Continuing with our previous example, saying Má with the second tone translates to this character 麻 meaning hemp (which is native to China). Here is a link to the pronunciation.

The third tone looks the letter V (ˇ). Described as a “falling-rising” or “low tone,” the pitch of the third tone starts high, dips and then rises again. A good example for how to pronounce the third tone is 你好 which means “Hello.” 你好 in Pinyin is written Nǐ hǎo, both with the third tone. When two third tone characters are back to back, the second character is pronounced more like the fourth tone and is cut short. This is a little complicated, but you will see what I mean in the Google Translate pronunciation of 你好.

The fourth tone looks like a downward tic mark ”  \  .”  Characterized as a “falling” tone, it is pronounced as a sharp drop in tone. Think of trying to get someone’s attention by yelling “Hey!” and notice how the tone drops and the word ends abruptly. Sticking with our “Ma” example, pronouncing Mà with the fourth tone will translate to the character 骂 which means curse or scold. As you can see, it is rather important to get the correct tone.

The final tone is the “Neutral” tone which is no tone at all. This is pronounced by simply saying the pinyin as it is written. One interesting fact is that the letter “U” in Chinese is pronounced with an umlaut (ü). This is sometimes put into pinyin and is often mistaken as a 5th tone, however this is just how it is pronounced. Ma with a neutral tone translates to the character 吗, which is put at the end of a sentence to form a question.