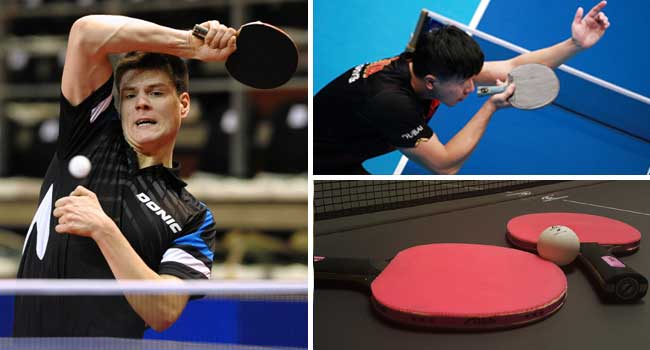 During the time I spent as a teacher in China, I observed a number of fascinating differences between the American and Chinese education. One discrepancy that was particularly striking was the distinct difference in the ways in which the two countries viewed the role of athletics within academia. While schools in the U.S. typically feature a high school athletics component (e.g. gym class, recreational sports, etc…), high school athletics in China are noticeably absent from the curricula. Given my own upbringing and the values I have gained from participating in high school sports, I was bewildered by the fact that this crucial component of education and growth is ignored in Chinese curriculum.

Growing up, I was active to say the least. Basketball, hockey, baseball, soccer, track, wrestling, tennis, lacrosse, football… You name it, I played it. Beyond serving as an outlet for my boundless energy, participating in group athletics taught me the importance of discipline, teamwork and sacrifice, among many other traits. I’m hardly alone in appreciating the value of team athletics – most American schools acknowledge this value and make it a compulsory component of their curriculum.

Few Chinese secondary-school students attend regular schools with recreational sports teams (although this trend is notably increasing). Moreover, sports are viewed as a profession for supremely talented athletes as opposed to a recreational pastime. Take the Olympics, for example. Ever since China allowed its teams to compete in the 1984 Summer Games after a 32-year absence, the Chinese have gone from winning 32 medals in Los Angeles to 100 in Beijing.

The idea is less to enjoy excellence in sport, but more to show dominance and strength as a country compared to the world. Youth who do show great talent are often pulled out of conventional schools at a young age and sent to special sports academies. While sports are not completely absent for Chinese students, it is clear that the role they serve and popularity they hold is different than in US culture.

So what role do recreational sports currently play in China? Here’s a rudimentary breakdown of the most popular sports in China:

Played by young and old, this game doesn’t require expensive equipment or a lot of space. The sport’s simplicity and low cost make it a favorite.

Currently, this is the most played sport in China and a source of great national pride. You will often find ping-pong tables in public parks as well as recreation clubs dedicated to it.

This sport is the most popular sport in China. The Chinese Basketball Association is a popular destination for US-born professional players. Similar to the US, the most popular NBA stars in China are Lebron James and Kobe Bryant (#1 and #2 respectively).

Baseball is not extremely popular but holds great significance in Chinese culture. Baseball first came to China in 1863. In 1969, however (during the Cultural Revolution) it was outlawed and has not recovered since. The Chinese tend to dislike the slow pace and see baseball as more of an American curiosity. Baseball is, however, popular in other Asian countries like Japan, Korea and Taiwan.

Lacking the opportunity to play sports as a child changes how youth relate to recreational sports. Athletics become less of an essential complement to a well-cultivated upbringing and more of a supplement. This doesn’t mean that students don’t value them, however. A vast majority of students in their free time will play pick-up basketball or soccer. They will have the dreams of being a ping-pong champion or winning every badminton match. Unfortunately, due to the relationship most Chinese schools have with sports, those dreams typically remain just that: dreams. Sports doesn’t just take a back seat, it’s standing on the side of the road hitch-hiking. In essence, sports aren’t seen as a medium for growth, but rather a distraction.

As administrators, your goal should be to encourage students to not only thrive within the classroom but outside of the classrooms as well. High school athletics, although perhaps not at the forefront of most Chinese students’ minds, impart invaluable lessons and show another side of US culture. It’s our job to not only provide the opportunity for international students to play high school athletics, but the impetus as well.

Become a HostBack to top