The Business of Ghostwriting College Essays
Become a Host 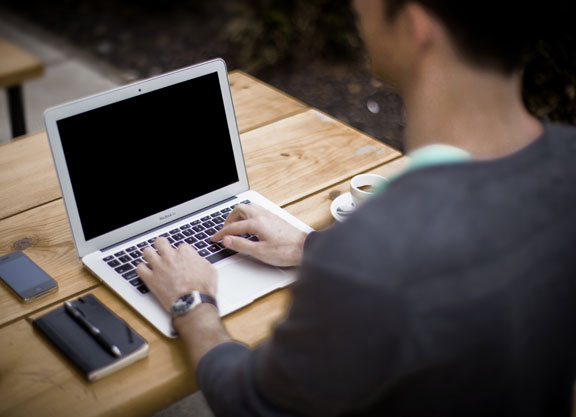 The Business of Ghostwriting College Essays

Oftentimes in a culture different from your own, situations present themselves that evoke an automatic “no-no.” I found myself in just this scene when one of my students asked me about ghostwriting college essays.

I was teaching a group of adult business professionals at a very large electric company. I was brought in to teach business English, as the company was beginning to realize the benefits of the language in today’s world. Since I was younger than many of my students, I felt it was important that they felt connected to me, so during our breaks, I made myself available for conversations with my students.

The day I was asked about my college, a small liberal arts college in western Massachusetts, Williams College, I was met with a number of blank faces. The thinly veiled compassion, empathy, and general disappointment at not attending Harvard or Princeton was something I was used to both in China and the U.S.

It caught me off-guard when one student’s face lit up at its mention. He was the youngest student in this classroom, and he sat up and immediately joined the conversation I was having with another student. He explained the school and its perennially high-rankings by groups such as Forbes, U.S. News and World Report and some of the more famous alumni, which seemed to be the catalyst the group needed to be re-engage in our conversation.

Taking advantage of the opportunity as a teaching moment, I put the class back on in-class rules and only allowed English. After a deluge of questions covering my SAT scores, what other schools I’d applied to, why I chose my school, among others, the conversation abruptly peaked with the question,

“Did you write your own admissions essay?”

“Did I write my own essay?” Of course I wrote my own essay. I thought quickly to myself. Why wouldn’t I want to share my own unique, personal story?

I replied, “Yes, of course,” hoping that the strange question would be an anomaly, but the next question sent me yet again on a quixotic journey to make sense of it all. A student had asked, “Why didn’t you just pay someone to write it for you?”

Now I know what you’re thinking, readers, because I had the same thoughts. “That’s just plain dishonest!” or “Even if they did do that, I can’t believe anyone would just admit it so bluntly.” But, after thinking about my understanding of Chinese culture, I began to reason through and understand where this idea comes from.

China actually has the oldest evidence of what is considered to be standardized testing. During the years 200 A.D. and 220 A.D during the Han Dynasty, the government designed civil service exams in the hopes to hire based on merit rather than family status. The goal was to create an intellectual meritocracy based on Confucian learning.

Perhaps due to the meritocracy-focused training, China missed out on a big piece of what many learners and teachers know today as the immeasurable factor of creativity. The traditional Chinese mindset believes that focusing on getting to the end goal, rather than the journey undertaken to achieve that goal, is what truly “matters.” In China, creativity is not the end goal of education; in fact creativity isn’t even a major factor in success. From a Chinese student standpoint, schools are looking for a student who can get good grades and do well on tests in order to be “successful.”

In China, stepping out and revealing what makes you different is fine, so long as your different isn’t too different. China, as a self-proclaimed communist nation, cultivates a strong sense of nationalism that trickles down to day-to-day life, emphasizing strength in “one-ness” and in being homogeneous. Only in recent generations have children been encouraged to find out what makes them stand out and to cultivate their uniqueness.

Families are now learning that a story that is not only unique, but also told well, is a near requirement to gain admission to the prestigious institutions they’ve been eyeing since the student’s birth. Unfortunately, for students who have grown up without opportunities to flex their creative muscles freely in their younger years, they often struggle with identifying their own unique qualities. In light of the possibility of damaging their college applications with a mediocre essay, the cost of engaging a third party to write a unique story for one’s admissions essay is a small price. With the essay requirement met, a college admissions team can focus their attention on where students’ feel it rightly belongs – on their work and their numerical success.

For the reasons above, the practice of ghostwriting college essays has found its way in Chinese society following the progression of societal educational views. The practice developed naturally over time, and it’s not as egregious and illogical an offense as most would think. I understand that this explanation may not be satisfactory to many and may not serve as a viable excuse or reasoning for why it is done. Regardless of your stance on the situation, you should take pride in the knowledge that you are helping your international students find their voice.