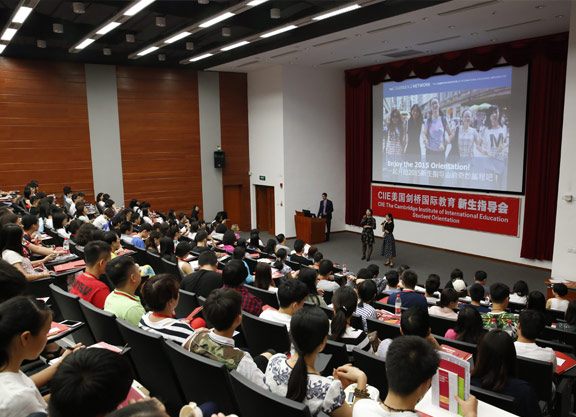 American Cultural Customs that Your Student will be Unaccustomed To

There is inevitably an adjustment period when students first arrive in the United States. There are new sites, sounds, smells, but furthermore, deep cultural differences that will be unfamiliar to a new international student. It is important to remember that your student will arrive with certain cultural assumptions, and despite communicating with students who have studied in the U.S. before them, will also be surprised by many American cultural customs.

Remember, these students are teenagers and are experiencing a culture for the first time during their adolescence without their parents. Patience and cross-cultural understanding are paramount to becoming a host parent to an international student.

Equal Formality and Respect for Strangers

Typically, students from China will be used to addressing adults and others in positions of authority with additional respect and formality than they would a peer or friend similar in age. Regardless of whether you are greeting or asking for help from the Headmaster of the school or the janitor who cleans the school, the same language and tone is used in the United States.

Chinese students address and refer to people as members of their immediate family, even when they are not. When Chinese students talk about brothers or sisters they often mean cousins or family friends that are the same age. Aunts and uncles refer to anyone of the generation older than themselves. Two generations their senior may be addressed as grandfather or grandmother. This can be confusing, so a few more questions about exact relationship are often necessary. Teachers are often addressed as “Teacher.”

In any case, your student may not know what he or she may call you. Be sure to clarify within the first few days what name – by last name or first name – your student should use when communicating with you.

Speaking Directly, and Saying “Thank You” and “Excuse Me” Frequently

In American culture, it is more important to be honest, “face facts,” make your views known and express your questions and disagreements. Chinese students, on the other hand, are very concerned with “face,” which can be understood as “honor” or “good reputation,” and the goal of much polite behavior in China is to maintain one’s face or give face to other people. This includes paying proper respect to higher-ranking individuals and observing etiquette.

However, this does not mean that students will particularly be familiar with saying “thank you” or “excuse me” as frequently as is custom in Western culture. For more information on the reasons behind this, refer to last week’s blog post on Having Tough Conversations about Rules with an International Teenager.

Students may feel uncomfortable saying, “no” directly, unlike Americans, because it helps the other person save face and preserves harmony in a relationship. This unwillingness to say, “no” can easily create communication problems. It might be necessary to become attuned to some of the most common verbal and non-verbal substitutes for “no,” such as a pledge that one will “seriously consider” something, negative body language or changing the subject.

In China, students will have grown up eating hot meals for breakfast, lunch and dinner. Students will have also consumed different kinds of meat, vegetables and grains than is typically offered in the United States. In particular, students will be unfamiliar with two blanket categories of food: cold or uncooked meals, and cheese (but not milk).

At In-Country Orientation this year, Cambridge staff recommended that students make a list of their favorite foods and recipes to share with their host family or dorm parents. We also taught students how to make an American-style sandwich, which should help host parents when they explain to students how to prepare American style foods for themselves and use important kitchen appliances (like a microwave).