Expectations, Realities and What I Did Not Expect About Becoming a Host Parent to an International Student
Become a Host 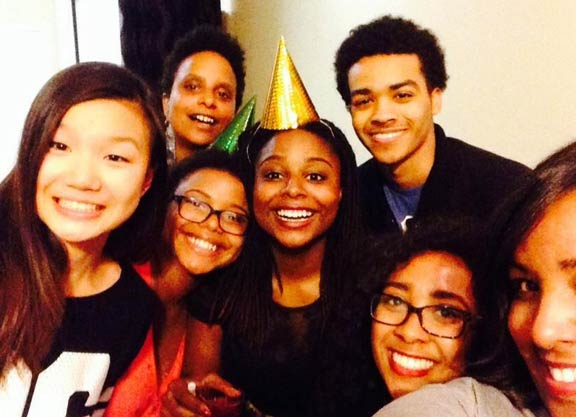 Expectations, Realities and What I Did Not Expect About Becoming a Host Parent to an International Student

Today’s post is brought to you by Host Mom Sasha Nuruddin regarding her expectations of becoming a host parent. Sasha also works as a Host Recruitment Coordinator for Gphomestay in Northern California.

I had prepared by researching homestay stories and collecting anecdotes from friends, and friends of friends, prepared my kids to be welcoming and keep the bathroom clean-ish. And still, the student I hosted for one year never failed to surprise me with her unique perspective on American culture, and to remedy my expectations of becoming a host parent.

Today she goes home. We wake up, put her luggage in the car and drive to San Francisco International Airport. It feels like just a moment has passed, but in fact it has been 10 months since she first arrived. It feels like she just got here with her bag, and I welcomed her with a hug.

I remember sitting in the house re-reading the host manual incessantly while I waited for her arrival. Would she like us? Would we like her, and do her justice?

My Expectations of Becoming a Host Parent to an International Student

Expectation: My Student will want to primarily eat Chinese food for comfort.

I had shopped for all the Chinese comfort foods I could recall from our time living in China. Rice, rice cooker, choy sum… check, check, check. We spent hours at the Asian supermarkets nearby shopping and prepping.

Reality: My student was familiar with American-style cooking.

Upon her arrival, I asked her what she likes to eat. She told me, “chicken nuggets, cereal, and ham sandwiches.” The homestay manual did not serve me in this regard, since it emphatically states that Chinese students do not like “cold food” like cereal and sandwiches. I guess the student I was hosting was the exception to the majority of international students from gphomestay. We would have to get to know this 16-year-old as an individual, and not just as a Chinese international student.

Expectation: I imagined that the most extraordinary experiences would be while on vacation.

We had some great travel plans, including a trip to Calistoga to introduce her to the natural wonders of Northern California. We skied in Claremont and roller-skated in Dublin. We witnessed the wonders of Yosemite, got soaked overnight in a tent together, but woke up, lit a fire and had s’mores for breakfast!

My homestay daughter and my own daughter shared the joys of dancing to Beyonce and the agony of long hours struggling during junior year of high school to get better standardized test scores. I learned to appreciate Korean soap operas with Chinese subtitles. I had no idea that South Korean television was so popular in China.

Things I Did Not Expect About Hosting an International Student

Her perspective on American culture was remarkable.

The international student I hosted pointed out extraordinary details about some of the most mundane things in American culture. One day, my daughter’s friend was talking about shopping with Hannakah gift cards. At one point my homestay daughter asked “what is Hannakah?” That led to a discussion on Jewish Americans that was so unfamiliar to my homestay daughter. We also shared Thanksgiving and Kwanzaa with her. Her favorite Kwanzaa tradition was the opportunity to speak her intentions for the coming year, and she enjoys ketchup on her turkey. She taught us how to eat hot dogs with Chinese pickles – delicious.

I became like a parent to her while she attended Maybeck High School.

In many ways, my student was independent and had the support of her natural parents and local staff from gphomestay. Sometimes, though, I felt deeply responsible for her. Because we value higher education in my home, I felt most accountable when went to the junior year college application nights at her school. It felt daunting to help guide someone else’s child through that maze.

We are from different cultures, but we have so much in common.

One day on the way to a meeting we randomly stopped at an herb store and I taught her about essential oils while she explained the Chinese medicine remedies on the shelf to me. She bought some tea tree oil and bentonite clay for her skin, and I bought some Chinese liniment for my aching shoulder. We shared healing stories, and laughed about American “Chinese” restaurants. I told her what a metrosexual is, and she talked about Chinese schools and extreme order. We talked about her dreams and her future, and when she will inherit her family’s factory and other businesses. What she had in common with our family is the equal love of music and dance and solitude. We shared so many laughs.

I am honored to have hosted her and shared our common humanity inside the vast distance of our ethnicities, nationalities, first languages, economic beginnings, and perspectives – all in these small moments.

I am humbled and inspired by the experience of hosting an international student in my home.