Guest Post: Rounding the Corner for Home
Become a Host 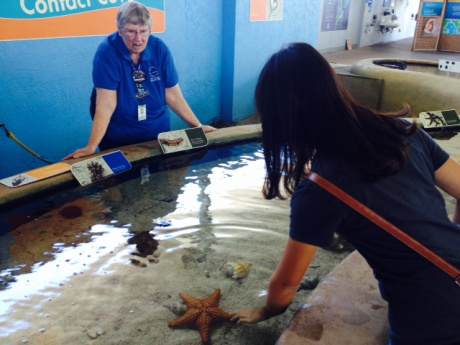 It’s hard to believe our year with Joanna is almost over.
But it is. Just more than two weeks left and she flies back home. I didn’t think it would be as easy or as hard as it has been.
And my blogging has been infrequent lately because we hit some challenging patches and it’s almost impossible to write about those with three teenagers reading your blogs.
But I will try.
In the beginning, there was a honeymoon period where everyone was on their best behavior and the house was consistently clean. Then everyone settles in and you find yourself eating hot dogs at Costco while you pick up groceries because it’s been slim pickings for the past few days. And that big fruit bowl that you imagined being full all the time in your spotless kitchen has a dog chew toy in it.
It happens.
With a hectic life, and three kids under one roof, and a dog and athletic teams and LIFE – there is some general chaos.

Joanna came from a place where she ate breakfast at home and then lunch and dinner at school where she studied until 9 p.m. – six days a week. Her life was very regimented. Her meals were provided and on time.
She likes Florida but doesn’t like too much sun or bugs. She also studies a lot. As a result, her grades are amazing but her interactions have been limited around meals or weekend activities. There were also interesting cultural issues to iron out.

For example, Joanne was upset because she would go to the freezer to get an ice cream and find that someone would have eaten the last one. In China, she said, it was disrespectful to eat the last bite of something. I told her that if she really wanted an ice cream bar, she would have to hide it behind the frozen peas. So, she did.
All five students are coming back next year to Canterbury. Most of them have found or will find new families – including Joanna. I think she will blossom in a home with adults who can focus on one child instead of three and a place where she won’t have to hide her food or compete for attention. (Or make the kids look like slackers with those amazing grades!)
Canterbury is preparing to host more than a dozen new Chinese students next year. But these new kids will have an advantage – they will have terrific mentors like Joanna and the brave ones who came first.