New Host Parents: What will it be like to Host a Gphomestay International Student This Year?
Become a Host 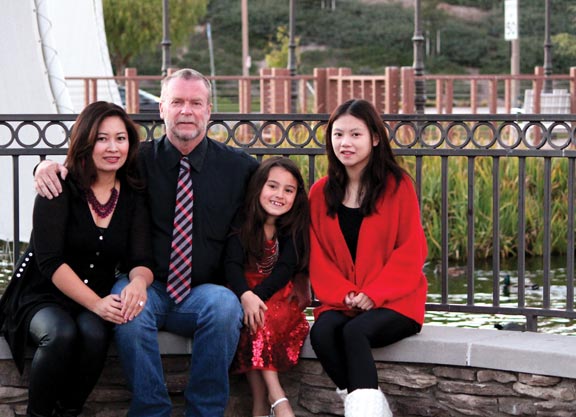 New Host Parents: What will it be like to Host a Gphomestay International Student This Year?

With summer approaching and  the school year winding down, gphomestay is prepping for a wonderful season of matching host families with incoming gphomestay international students. In anticipation of being matched with one of our students, you may wonder what cultural background your student will identify with.

Below is a quick overview of a “typical” gphomestay international student so you can start setting your expectations of who you are likely to be matched with this summer. Please note that the following cultural differences are generalized and may not reflect your specific student. Though culture is significant in shaping human personality, it’s not wise to rely solely on culture to predict how your international student will behave or feel.

A great majority of gphomestay students are from China and East Asian countries.

Gphomestay supports thousands of international students across the United States, and a great majority of them are from China or East Asia. Though, we do support some students from Mexico, Brazil and Germany.

The primary reason why many of our students are from East Asia is because of the type of educational experience that a student from China typically looks for in the United States. According to a report from the Institute for International Education, many secondary students from Europe and Latin America engage in short-term exchange programs. For these types of programs, students acquire a J-1 visa, which does not allow for stipend payments to host families. In contrast to European and Latin American students, many students from Asia enroll in private high schools or colleges and universities in the United States to earn a degree or diploma. For this kind of study in the United States, students need to obtain an F-1 visa.

Gphomestay is a CSIET-approved, F-1 visa organization, meaning that we partner with high schools and colleges to support students on an F-1 visa.

Students are typically in high school, and are here to prepare for admission to a U.S. College or University.

An American degree in China is revered, and is considered to be a ticket to success and wealth. Many international families are aware that education in China, even with additional private tutoring, is not enough for students to gain admissions to a U.S. college. Students’ English-speaking skills improve greatly after four years of study in the United States, and they become comfortable with the American style of education.

After overcoming culture shock and adjusting to American culture, students might be very academically focused.

Ingrained in Chinese culture is the idea that education is the pathway to success, and the United States has some of the best colleges in the world. After an initial adjustment to culture shock and homesickness, host parents may find that students are very focused on their studies and are eager to do well academically.

International families are making big financial investments by sending their child abroad to study at an American high school, and losing out on valuable time to spend with their children. Students are naturally expected to make the best of the opportunity to study abroad, and work hard towards their higher education goals. However, this means that students might not be eager to or consider joining any extracurricular activities. Although international families are starting to understand the importance of being well-rounded for American college applications, students will be unaccustomed to participating in activities that are not academic in nature or that are athletic. In China, students rarely play sports, and athletics is essentially absent from most curriculum.

Students from China are seeking to escape the pressures of the Gaokao.

In China, every high-school aged student must take the national college entrance exam called the Gaokao. The Gaokao is a nine-hour test, and is the sole determinant of which colleges and universities a student will be admitted to throughout China.

Were you a bad test-taker throughout grammar school and high school? Luckily, college admissions standards and the American education system probably took into account other facets of your academic life, like your ability to work within a group, participate in group discussions, or produce a well-written research paper. In contrast to this, Chinese students can only take the exam once per year, and their score is the sole determinant of which college they’ll get into and ultimately, how realistic their career goals are.

In preparation for the exam, students spend a lot of time outside of the regular school day to gain an edge for the test. The regular Chinese school day typically lasts from 7:30 am to 5 pm. Students will then continue their studies at a private tutoring company or “cram school” after the regular school day and on the weekends. So in total, a Chinese student might spend 10 to 12 hours per day in an academic setting.

According to a report from collegestats.org, in 2012, less than 0.2% of test-takers make it into a top-five Chinese college or university, compared to the five choosiest Ivy League schools which let in 0.6% of SAT-takers. And in 1977, 6 million students fought for 220,000 university slots. Needless to say, the pressure is intense.

Students will have certain expectations of American culture and lifestyle.

Students will naturally have a perception of American culture and lifestyle prior to their arrival in the United States. Students will also inevitably bring with them certain norms from their home country. Students will typically come from urban environments, and expect to have a certain level of independence that many city-goers have. Students will be new to the idea that they need to rely on a car for transportation.

Food is another adjustment for students to make, as students from East Asia are typically unaccustomed to eating uncooked or “cold” foods like sandwiches, cereal or salads.

It’s important to keep in mind that the cultural differences we’ve outlined about our gphomestay students are not steadfast. Though culture is significant in shaping human personality, it’s not wise to rely solely on culture to predict how your international student will behave or feel. Our best advice for getting to know your student upon arrival? Engage in conversation with students as often as possible! Help them understand nuances of American culture and your family’s lifestyle, and help them with their personal growth during their adolescence.