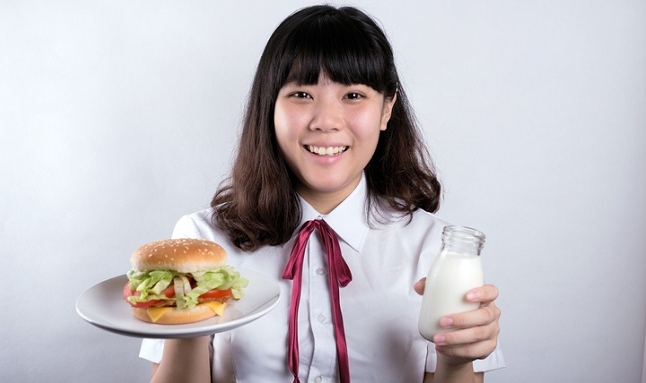 How to Appeal to Your International Student’s Appetite

As a host family, one of the duties required is providing three meals for your international students each day. Getting to know their favorite foods and eating preferences can be a difficult task since they are coming from an entirely different cultural upbringing, so we have compiled several tips and tricks for relating to your international student on a culinary level.

A daily diet in China usually consists of three hot meals. The concept of “cold” or uncooked meals such as cold cuts, cereals, or salads will be unfamiliar to your international students. Iced water is generally not consumed either. Similarly, cheese will be an entirely new addition to their diet.

Although America’s food culture differs slightly depending on where you are geographically, U.S residents will have no problem finding something familiar on the menu in an unfamiliar state. On the contrary, China’s food culture varies greatly depending on what region you are in. With that being said, it may be a good idea to do some preliminary research on the region your international students are from (or a good activity to do with your international students).

Chinese cuisine is majorly influenced by geography and ethnic diversity, so familiarizing yourself with the region your international students were raised in will help you determine how to appease their appetite. For instance, southwest China is known for its variety of seasonings and frequent use of chili peppers due to the hot and humid climate, and southeast China prefers their food lightly seasoned and cooked minimally to preserve the natural taste of the dish.

Sichuan cuisine is most prominent in the southwest region of China. Known for its hot and spicy seasoning, a formidable palate for Sichuan cuisine includes a high tolerance to chili pepper and numbing flavors. The liberal use of garlic and peppers in Sichuan cuisine elicit bold and unique flavors, so someone who is accustomed to this style of cuisine may find traditional American dishes bland and lacking in flavor.

Another noteworthy culinary tradition is Cantonese cuisine, known for its lightly cooked and seasoned approach to food preparation. Originating from the Guangdong province, Cantonese cuisine features slightly sweet, non-greasy or oily dishes that are most often stir fried or steamed. Due to the low use of grease or oils, Cantonese cuisine is generally non-fattening, and seldom uses spices too liberally to preserve the natural flavor of the main ingredient.

If your international students are typically used to a particular style of dining, you can incorporate some new spices and flavoring into your cooking. It may also help to bring them out to eat to some authentic Chinese restaurants to help relieve them of any temporary homesickness. It is also important to consistently insist that your international students try as much traditional American cuisine to help fully ingrain them in the culture, especially during the “honeymoon” phase. Try incorporating some foods known nationally for having a unique cultural backstory – Philly cheese steaks, Chicago deep dish pizzas, or Fenway franks are all a great starting point! Early exposure to new dishes will help them become fully acclimated to their new culture and environment.

Lastly, Northern China often uses wheat as a basis for their foods with noodles and dumplings prominent in the culture. Southern China differs as it is more likely to incorporate rice as a staple in their diet, and includes a variety of spices, fruits, vegetables, fungal, and animal ingredients.