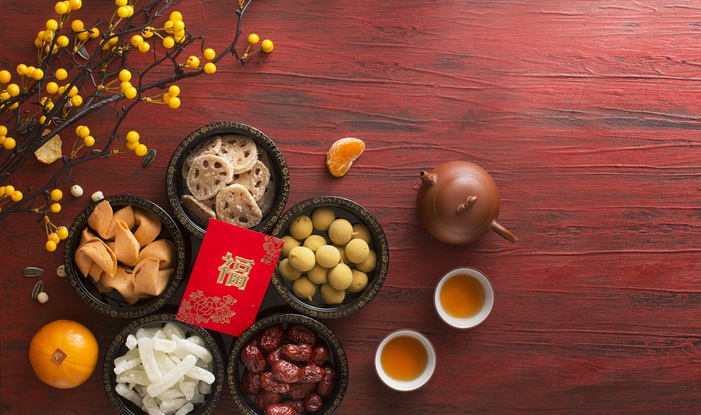 Chinese New Year, also called “Spring Festival” has more than 4,000 years of history originating during the Shang Dynasty. It is the most important annual event for China and one of many Lunar New Year celebrations in Asia. In modern Mainland China, it is China’s most important traditional festival. Chinese New Year typically begins with the new moon that occurs between the end of January and the end of February, and it lasts about 15 days until the full moon arrives and ending with the Festival of Lanterns.

When is Chinese New Year?

The holiday usually occurs sometime in January or February each year depending on the lunar calendar. This year the festival starts on February 12th, 2021. This year ushers in the Year of the Ox, one of the twelve Chinese zodiac signs often associated with hard work, intelligence, humbleness, and reliability. Each Chinese zodiac year begins on Chinese New Year’s Day.

How do Chinese Families celebrate?

As one of the traditional festivals, it is the time for whole families to reunite together, which is similar to Christmas Day to the westerners.

China’s “Spring Festival” public holiday starts on the Chinese New Year and lasts for seven days. Most employees in China have at least seven days off work, while students take off one month from school.

What are the 7 lucky foods to eat during Chinese New Year? What do they symbolize?

Red envelopes, or Hongbao in Chinese, are a favorite monetary gift given on important occasions or festivals in China and some other Asian countries, especially widely seen during the Chinese New Year (Spring Festival). Parents and grandparents usually present the red packets with money to children during Chinese New Year, which is probably one of the most recognized traditions observed during the Festival.

Why give the red envelopes?

Protection: According to legend a monster known as Sui appeared on New Year’s Eve with the intent of harming children. A sleeping child who was touched by this monster would develop a fever and subsequently become an idiot. However, God sent eight guards disguised as coins to protect them. So, people threaded eight coins on a red string and placed them under the children’s pillows as an annual custom. As the Chinese Character Year (岁suì) has the same pronunciation with the monster’s name (祟Suì), the people called the coins Ya Sui Qian, meaning “lucky money warding off the evil spirit”. As time passed, paper notes replaced the coins, and the envelope replaced the thread.

Share the blessing: Nowadays, money wrapped in red is a gift not only for kids but also for elders, relatives, and sometimes friends. Red is the most popular and auspicious color in China, so people use this way to share blessings and happiness.

Children or unmarried members of the younger generation look forward to receiving lucky money from others, something which is not a privilege that adults enjoy. Once an adult has started earning money, they will begin to give the red envelopes in the Spring Festival. As a wage earner, you will be expected to provide money nearly to everyone, kids, elders, and relatives, but lucky money seldom goes to you.

Kids: Adhering to the old tradition, people should give the kids the lucky money if they start to make money. Those targeted as receivers usually will be their children, nieces, nephews, as well as friends’ and colleagues’ kids. Greetings like wishes for good health and happiness typically go along with the lucky money.

Elders: People who are breadwinners, are expected to give money wrapped in red paper to their parents and grandparents. This is a gift to show respect and a grateful heart.

Employees: The boss in a company will distribute the red envelopes to employees in the working days preceding the Chinese New Year. However, in southern China, people are likely to give “a start back to work” packet (Li Shi) when employees return after the Spring Festival.

Acquaintances’ children: If coming across an acquaintance with kids, you need to send the packets as well.

How much to put in a red envelope?

There are no set answers to this question and individuals decide according to their financial status. The amount also varies between close and distant relationships.  Common examples in China for your reference:

In some large cities, kids may receive big red packets with amazing sums varying from RMB 2,000 – 10,000. This leads to a financial burden on an average family, and the expenditure can be a large proportion of the entire Chinese New Year cost. Meanwhile, this situation also spoils the children, who can become accustomed to thinking that they will reap without sowing.

How to give?
Crisp Bills: Most people will be glad to receive new cash, so you’d better acquire some fresh new notes from banks in advance. Some people will wrap change in the envelope, and so puff up the packet.

When you set out on a New Year’s visit, you need to seize the right moment to present the red packet. Once you arrive at your host’s home, you should pass the red packets to them when shaking hands or greeting each other. If they have children, give the lucky money straight away, too. Please do not wait to do it when it is time to say farewell.

Etiquettes on Receiving a Red Envelope

When you receive a red packet, first you should say thanks and express your blessing to the donor. It is impolite to open the envelope immediately and check the amount in front of them. People will feel embarrassed if you do that. When you have New Year visitors, they may give you the lucky money, but you should not give your packet to them at once.

Other Occasions to Give Red Envelopes

The tradition also features on other jubilant occasions. In China, people present a red packet when attending wedding ceremonies or senior people’s birthday parties. The envelopes are also presented when people visit a newborn baby.

Become a HostBack to top